Founded in 2010, our residency program is open to artists and culture makers from Los Angeles and beyond. Artists can apply as individuals or with their collective. The program’s mission is to provide free art studio space for talented local artists for the creation of original while exposing our students to a wide variety of creative practices and processes. The program is supported by our school’s PTA. For more information about our artist in residence program email eserrano@calcreative.org.

We are excited to resume our in-person residency program welcoming three fantastic artisits and activists and to expand the program to include our first Indigenous Cultural Bearer Residency. 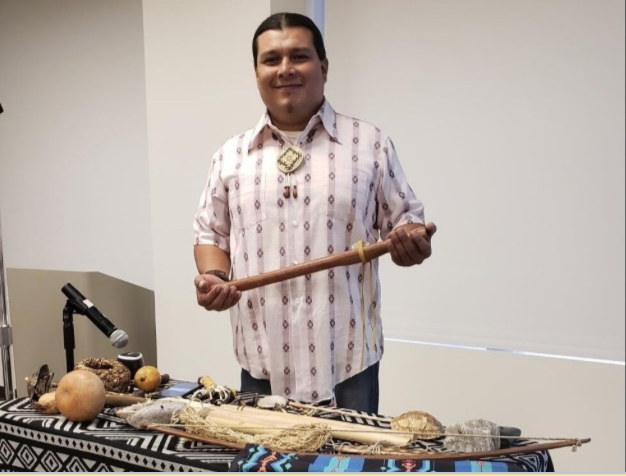 Lazaro  Arvizu Jr. is an artist, educator, musician, and researcher dedicated to the culture of the first people of Los Angeles. Born in the Los Angeles Basin, he is knowledgeable of the landscape and cosmology of the Gabrieleno culture. He has worked for over 20 years facilitating creative and meaningful cultural experiences to people of all ages and walks of life, in many venues.

As our first Indigenous Cultural Bearer Resident Mr. Arvizu will work with our students and staff in all grade levels to:

Nani Agbeli, known for his energy, athleticism, and precision on stage, is one of the leading Ghanaian dancers of his generation.

Born into a family of prominent dancers and drummers in Ghana’s Volta region, Nani was trained by his father, the late Godwin K. Agbeli, who performed with the Arts Council of Ghana Folkloric Company and later served as chairman of the Ghanaian National Association of Cultural Groups.

Nani went on to study with various artists at the National Arts Center in Accra and, for many years, led the award-winning cultural troupe Sankofa Roots II. For nine years, he served as the lead drum and dance instructor at the Dagbe Cultural Center, a school that trains domestic and international students in Ghanaian traditional arts.

In the United States, Nani has taught Ghanaian drumming and dancing and led performing ensembles notably at Tufts University and Harvard University among others. In addition, he has taught at Berklee College of Music, the Edna Manley School in Jamaica, Bowling Green University, and the University of Virginia, and has held artistic residencies at many other colleges.

While teaching at Tufts and Harvard, Nani served as Artistic Director and Lead Dancer of the Agbekor Drum and Dance Society, a community-based group in the Greater Boston area founded by Professor David Locke of Tufts University (www.agbekorsociety.org).

Nani will be working with our students in the dance and music studio, exploring Ghanaian dance and drumming.

Lakhiyia Hicks is a public health cultural shapeshifter, a freedom art warrior, whose work reminds us of who we are. Lakhiyia is spoken word poet, participatory action researcher, singer, director, dancer, curriculum developer, kuringa/joker, educational curator and her art focuses on radical authenticity. Lakhiyia holds a Bachelors from Northwestern, Masters from USC, and lecturer experience at UCLA.

Lakhiyia means “home” in isiXhosa and Haitian Creole. Calling in such Ancestral determinism, Lakhiyia is the founder and project manager for HOMEplxce, an educational consulting space dedicated to the mobilization of Survivors of childhood sexual assault as Liberation Arts Community Health Strategists across the Blxck Queer Diaspora.

Lakhiyia will be working with our students and staff in the classrooms to explore topics such as identity, race, inclusion and equity threw writing and spoken word.

This program will take on an exciting new role while our students are distance learning. We will be partnering with local artists and change-makers to engage our students, parents, and community through online workshops, classes, and forums.

We are thrilled to welcome internationally recognized performer, choreographer, and teacher, Shivani Thakkar. She will be collaborating closely with Ms. Pao on our dance classes with our middle schoolers to introduce them to traditional and contemporary Indian dance forms and stories. She will also be available for assemblies with all the elementary grade levels to explore traditional Indian dance.

Shivani has performed in India, Japan, USA, and Canada, including prestigious tours where she has performed as both lead and soloist. Credits include TV/Film work for Disney, CW, Fox, Nickelodeon, Omni Television (Canada), Intel, and UTV Motion Pictures (India).

Her tours have included lead performances with Bellydance Superstars, Bellytwins Dance Company, and the National Canada tour of her original work Dvaya: A Confluence of Male Female Spirits. She is also currently a principal dancer with Ovation Award Winning company Navarasa Dance Theatre. Shivani has choreographed for various dance companies in the US, Canada, New Zealand, and India, including her very own MKM Bollystars, a commercial and concert dance ensemble. Most recently, MKM Bollystars has been in residency at A Noise Within Theatre, where they have been developing original dance theatre productions.

Shivani has taught masterclasses, presented guest lectures, and has on been on faculty for AMDA LA, USC School of Theatre, University of Calgary (Canada), and Howard Community College (Maryland). Her dual background in dance and theatre has also granted her numerous opportunities to choreograph for live theatre.

Nicholas Hummingbird is a California caretaker and cultural educator. He founded and managed Pasadena‐based Hahamongna Native Plant Nursery, a grassroots non‐profit nursery of the Arroyo Seco Foundation that produces native plants propagated from sustainably‐collected seeds and cuttings within the Arroyo Seco watershed.

Hahamongna is proudly the first California native plant nursery in Southern California that bears an indigenous name and is run with indigenous management, fostering stewardship of the land. He has extensive experience propagating plants, collecting seeds, documenting plant populations, and assessing the health and vitality of restoration projects. His educational background has focused on restoration ecology, biology, botany and architecture from Mt. San Antonio College  and USC. Since 2012, Hummingbird has been a cultural educator centering the wisdom, stories, and histories of Native Peoples, and creating and implementing curriculum in K-12 school and universities. He has worked with the National Park Service, the Wishtoyo Foundation and others to provide much needed outreach and environmental restoration support.

Nick will be in residency with California Creative Learning Academy for the entire year, working with different grade levels and with the parent community on environmental sustainability and educational projects with an emphasis on California native plants and ecosystems and environmental restoration projects.

Angela Tayler is a visual storyteller whose practice is rooted in long-term obsessions with observation. The dialogues that shape the core of her process work to deconstruct a vernacular, to illuminate and honor personal ideology. Explorations of Angela’s family archive inspired her interest in the coexisting intricacies of identity and representation, gendered experiences and generational scarring. Angela’s photographs continually question self-fashioning, combatting the notion of a single story. In doing this, Angela seeks to open an intimate dialogue, to recognize the desire and curiosity of a subject, while also honoring the stillness of a moment.

Over the past 10 years, Angela has had the pleasure of participating with the National Young Arts Foundation, the U.S. Presidential Scholars, the John F. Kennedy Center for Performing Arts, and the Music Center’s Spotlight Awards Program. Angela holds a B.A. in Studio Arts with concentrations in Photography, Printmaking, and African American Studies from Loyola Marymount University.

Aaron Ashby ​is a sleeper spy from an extraterrestrial empire, posing as a Black-Thai American writer, director, and producer. His mission? To connect people from diverse—even clashing— cultural backgrounds and life experiences through thought-provoking, emotionally-compelling, and context expanding stories. At the tender (read: totally normal) age of 18 he left the comforts of his bunkbed and went to Los Angeles on a full ride scholarship to USC film school. After producing a series of multimedia art shows in South LA, Aaron turned to virtual reality production to combine his experiences in filmmaking, art installation, and community building. Aaron has created commercial and narrative content in North Carolina, Los Angeles, Bangkok, Hong Kong, and Taiwan. Most recently Aaron has produced and directed virtual reality short films with Sony Pictures, Jaunt Studios, and Strivr Labs. His work has been featured at Sundance Film Festival, ArtShare LA, and all major virtual reality platforms.

Aaron’s work highlights the beauty and struggle of families in all their forms, whether they’re on space stations and magical lands, or the shuttered shacks and cracked sidewalks of rural North Carolina. When he’s not penning power punch stories and screenplays, Aaron is constructing killer beats for his funk band and scores for his short films. To view more of his work or just chat about life, connect with Aaron at epiphanypictures.co​.

Rachel Beetz is a Los Angeles based flutist whose playing is both “soulfully elegant” (Washington Post) and evokes the “roar of prehistoric animals” (San Diego Union Tribune). Rachel is passionate about contemporary music and creating supportive and collaborative environments for her community to make music. She is Executive Director of the wasteLAnd ensemble and also half of both Plus/Minus with percussionist Dustin Donahue and of Autoduplicity, a project with cellist Jennifer Bewerse.

Rachel has been invited to play with ensembles who share her mission such as Callithumpian Consort, International Contemporary Ensemble (ICE), Noise, Southland Ensemble, Third Coast Percussion, and has been featured on the Jacaranda and Monday Evening Concerts series. Rachel has appeared at festivals all over the globe such as the Festival Internacional Cervantino in Guanajuato, Mexico, Vértice in Mexico City, the Dog Star Orchestra in Los Angeles, Prisms New Music Festival in Tempe, American Music Festival at the National Gallery of Art, the New Music Gathering, soundON Festival of Contemporary Music, XI Festival Internacional de Música Nueva in Monterrey, Mexico, Internationales Institut Darmstadt Ferienkurse, Atlantic Music Festival, WithOut Walls Festival at the La Jolla Playhouse, unSUNG Music Festival in Los Angeles, and the Ojai Music Festival.

As a composer, Rachel makes sound pieces involving acute realizations of graphic materials. In collaboration with visual artist, Nichole Speciale, they created the project, Script-Rescript, a translation project between Nichole’s mixed media drawings and Rachel’s sonic realizations. In the winter of 2015-16, Rachel received the Listhus Skammdegi Air Award, a three-month artist residency in Ólafsfjörður, Iceland. There she created the 30-hour work, The Winter Stars, based on sonic realizations of long exposure photographs of the night sky. Her work has been exhibited at Watt Space Gallery in Newcastle, Australia, the Natural History Museum in Ólafsfjörður, Island, Salur Myndlistarfélagsins in Akureyri, Iceland, Rabindranath Tagore Centre in Kolkata, India, and at Emergent Artspace’s ongoing online exhibition “Translations.”

As an educator, Dr. Beetz lectures on contemporary flute playing, collaboration, and the creative process of creating and realizing graphic scores. She has given guest lectures at Arizona State University, California Institute of the Arts, Iceland Academy of the Arts, and Santa Clara University. She holds degrees from Indiana University Jacobs School of Music (Bachelor of Music) and UC San Diego (Doctor of Musical Arts and Master of Arts). Currently, Rachel instructs contemporary chamber music at the Summer Institute for Contemporary Performance Practice (SICPP) at New England Conservatory and is Adjunct Instructor at Moorpark College. 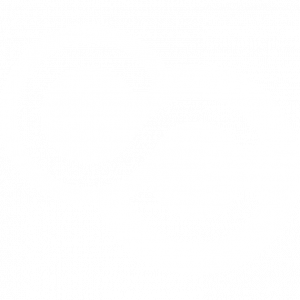